Introducing the 2019–20 Artists in Residence 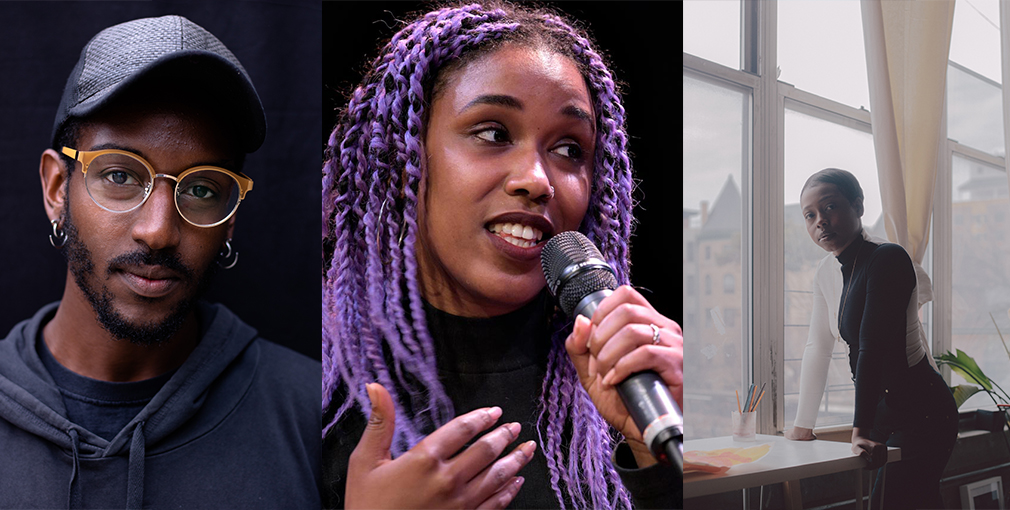 The Studio Museum in Harlem is thrilled to welcome E.Jane, Eliot Reed, and Naudline Pierre as the next cohort of its catalytic Artist-in-Residence program. As part of the Museum’s foundation and the impetus for its name, the program has long served as a pivotal and formative influence on the trajectory of its artists’ careers. The artists selected each year speak to a moment in history and exciting possibilities for the future of art.

The cohort of residents includes the first internet artist and pop star in the program’s history, a performance artist, and a painter. This unique intersection comes in a moment of polarization in America, seldom quelled by the limitless plan of digital interrelations. As such, their practices propose fresh perspectives and speak to the multiplicities and ever-changing realities of the Black experience.

This October, the artist began working toward their culminating exhibition and honing a deeper critical eye on their respective practices. The exhibition, to be held at MoMA PS1 in summer 2020, is part of a multiyear partnership between the institutions. 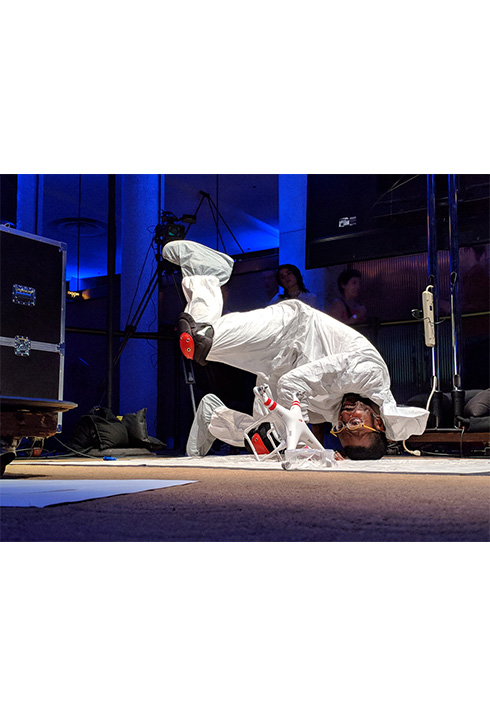 Elliot Reed, I’ll Be Here Unless I Don’t Need to Be (Until Then…), 2018 Photo: Courtesy the artist

... their practices propose fresh perspectives and speak to the multiplicities and ever-changing realities of the Black experience.

Conceptual artist E.Jane uses digital imagery, sound, performance, sculpture, and installation to interrogate conceptions of personhood and how subjugated bodies navigate the media and cyberspace. Jane operates across both digital and physical realms through their stage persona, MHYSA,  an underground pop star who appears live in performance, and through Jane’s Lavendra/Recovery, and iterative installation. MHYSA explores the iconography and influence of celebrity, and the performativity of gender, as informed by Jane’s embrace of writer Alice Walker’s womanism, and inclusive feminism that centers Black women. The artist is interested in creating alternative worlds that resist the influence of colorism and stereotypes about Black feminity and womanhood while engaging new media materials as a means of furthering this conversation both on and offline.

Performance artist Elliot Reed rejects historical delineations of theatre by often breaking the fourth wall to engage directly with his audience. To this end, Reed regularly performs with no make-up or costume, making his position on performance participatory. His durational performances are fueled by a series of games and challenges designed to unify the audience and require those in the room to come together toward execution of the work itself, Reed utilizes a highly engaging method of improvisation, teaching gestures, and vocal commands. In a recent project, CURB ALERT! the artist hired performers from Craigslist to improvise a performance centered on an original script derived from the “Free Stuff” section on the site. These transformative experiences carve out ephemeral moments of collectivity and engagement offline, which is compelling in a moment in which the mediation of human interaction often comes via digital platforms.

Naudline Pierre’s paintings are vibrant, otherworldly depictions of her imagined mythology, in which recurring characters appear in tandem with the artist’s own shadowy alter ego. Pierre’s father is a minister of a church in Miami’s Little Haiti; her early experiences in the church—most notably the casting out of demons and the mythology of scripture- inform the fantastical figures that appear in her work. Engaging with symbols, characters, and motifs that have typically dominated the Western canon, Pierre works to insert herself and her experiences in the apocalyptic biblical messaging of sin, damnation, and purity. Providing a canonically Black intervention, Pierre’s paintings work to unspool the many ways that these mythical creatures and the narratives that drive them have informed and complicated the representations of the Black body throughout history.